Miombo as a company originates from an NGO, dating back to 2004. The core activity of Miombo NGO was community development and forestry, in particular the Miombo forest. The founders were a number of individuals with a background in aid development and humanitarian assistance throughout Africa. 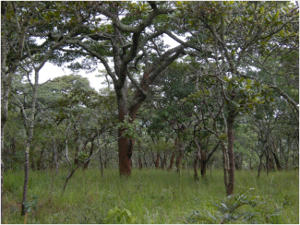 The name Miombo is swahili for the savanna woodlands of Southern Africa that are dominated by trees of the Brachystegia species. It is an open type of woodlands with a diverse number of plants and mammals.

Miombo NGO made contact with Paal Wendelbo in 2005. Paal Wendelbo is the inventor of the Peko Pe cookstove and is together with Tom Reid recognized for development of the TLUD stove concept. Paal Wendelbo was a life-long front-runner for the smallholder and his thoughts on stove design is incorporated into the stove. The Peko Pe stove should be simple to construct, preferrably made from local materials so that individuals at the base of the pyramid could make the stove. And in the 1990'ies Paal Wendelbo initiated Peko Pe stove manufacture with scrap metal from Toyota car-parts as well initiating stove production in refugee camps in Uganda.

As the members of Miombo NGO had a background in aid development, they easily identified the household energy sector as a focal point for leveraging a cluster of other development priorities, including health, gender, natural resources management and climate change.

Miombo NGO and later the incorporated Miombo AS have offered households in emerging countries the Peko Pe stove on cookstove projects. It is a versatile cookstove, accepting many types of biomass as cookstove fuel.

that are commercial in nature.

Although Miombo now operating with a base in a commercial company, much of the history and ideas behind Miombo NGO is still with Miombo AS. Initiated projects are still based on the circular concept, closing the loop between resources and human activities.